Learning the rules and techniques of basketball is something that gets perfected over years and years of practice, so in the case of Kyden Randle, he's got a lot to learn. The three-year-old son of Julius Randle has already started on his basketball career, but he's got a ways to go before he reaches his dad's level.

Kyden kicked off his career sporting his father's #30, but on the court, he let his emotions get the better of him. When his teammate wouldn't pass the ball, he got a little frustrated and decided to take matters into his own hands.

The adorable video shared by his famous father shows Kyden tackling his own teammate for the ball. As the ref blows the whistle, Julius heads over to give his son a chat about the dos and don'ts of the game. 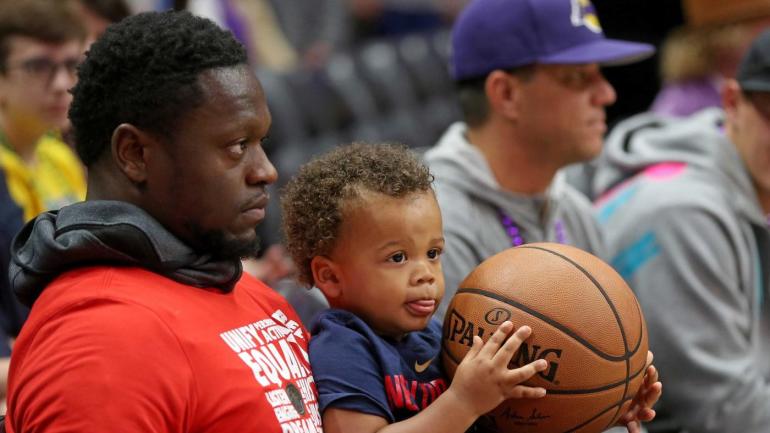 Julius gave him a talking to and afterward, shared the video to his Instagram, captioning it "my baby" with some laughing emojis.

While the three-year-old may have had a rough start to his basketball career, it would appear that he is in good hands when it comes to the future of his game.