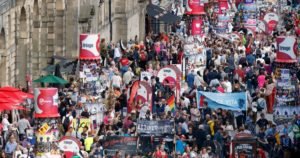 Rowe’s official joke went: “Working at the Job Center has to be a tense job – knowing that if you get fired, you still have to come in the next day.” The joke was taken from Rowe’s show Undeniable and won with 41 percent of the public vote. It was among the list of gags and jokes picked by comedy critics. Adam Rowe was a former bartender that started doing stand-up comedy in 2010. He was named Comedian of the Year in Liverpool.

“I thought my agent was lying. He rang me and told me I couldn’t tell anyone for a week which has been almost impossible.” said Rowe, “I’m massively taken aback by it. I’ve never seen myself as being in the running for things like this. It’s a massive honor and a genuinely huge surprise.” Rower said that he wrote the joke when he was onstage during a hosting gig in Liverpool. 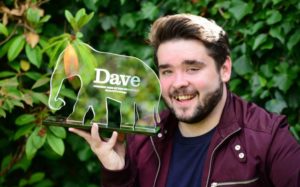 “It was a bit of crowd work that stayed with me. I was doing the usual compering thing, asking people what they do for a living. A guy said he worked in the Job Center and I said the joke that has now won the award. Because it got such a nice reaction on the night I thought I had to do something with it as a line. I didn’t expect to be winning an award for what was essentially a brain fart!”