In Plains, Georgia, former US President Jimmy Carter leased approximately 10 acres of land to build a large solar farm. The farm has enough capacity to provide the city with more than half the energy it needs for an entire year. The 92-year old former president is doing this for his hometown in Plains, Georgia. Carter worked with SolAmerica to create the solar farm in the 10 acre spot of land. The 1.3 megawatt solar farm has enough capacity to provide more than 55 million kilowatt hours of clean energy to the citizens of Plains. That energy is more than the town’s yearly electrical consumption. 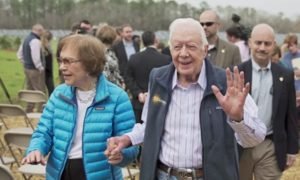 Carter has been involved in many projects since leaving the office of the presidency. He created the Carter Center, which helps to alleviate human suffering and advances human rights. In 2002, carter received the Nobel Peace Prize for his work with the Carter Center. Carter has always been an advocate for renewable energy and this most recent project to provide his hometown with clean energy is also an effort to educate the public on alternative clean sources for energy. 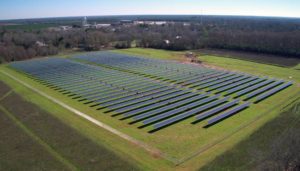 “Rosalynn and I are very pleased to be part of SolAmerica’s exciting solar project in Plains,” said President Carter in a statement to the media. “Distributed, clean energy generation is critical to meeting growing energy needs around the world while fighting the effects of climate change. I am encouraged by the tremendous progress that solar and other clean energy solutions have made in recent years and expect those trends to continue.”