It was just an ordinary morning for Milwaukee bus driver Duane Butler. He was on his regular route last week, at around 6:30 in the morning, when he noticed something peculiar. He spotted a small boy walking alone on the sidewalk. The boy seemed too young to be walking alone, and Butler saw no one near the toddler. So Butler decided to do something about it. 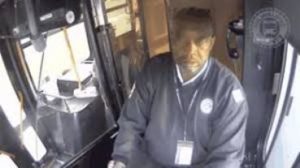 Butler stopped his bus near the boy, and a concerned passenger then went out of the bus to check on the child. The boy was 2 years old and told the driver and the passenger that he was lost. The passenger then brought the little boy inside the bus and called the police. When the police arrived, they went around the neighborhood asking around for the identity of the boy. The police officers also took the boy by his hand as they checked on nearby houses. In just a few hours, they were able to find his family and his home. 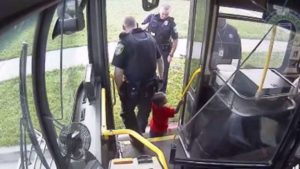 According to his family, the little boy woke up early and had slipped out of their home while everyone else was still asleep. But thanks to the alter thinking of bus driver Butler, the little boy made it home safely. The 2-year old boy’s mother was sure to thank the actions of Butler in making sure her son stayed safe. The dash cam on the bus captured the entire scene when Butler stopped his bus to pick up the young boy. The video has since been uploaded to social media, where it quickly went viral.