Jason Momoa Takes On Role of P.E. Coach While Kids Are Homeschooled

Jason Momoa stopped by the new at-home-edition of The Ellen Show via Skype to talk about how he and his family have been holding up during their social distancing. The Aquaman star said he's been working on keeping his daughter Lola, 12, and son Nakoa-Wolf, 11, active while they're  being homeschooled.

“You’re the one guy who would be prepared to be quarantined because you have a fun house,” DeGeneres said.

“I do, we’ve had a really nice time,” Momoa agreed. “There’s a lot of things, we’ve got skateboard ramps, climbing walls, throwing tomahawks and shooting bow and arrows. We have a little bit of space, so I feel very thankful.” 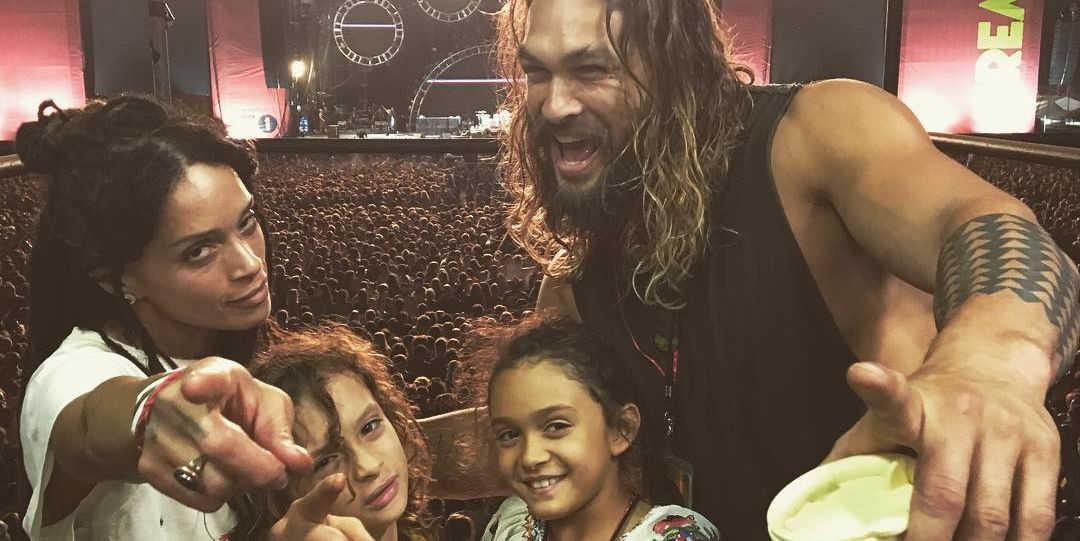 Momoa said his kids haven't had an issue with adjusting to the change since his son was homeschooled to begin with, and they're making the most of the situation.

But when it comes to actual learning, he's grateful for the virtual lessons from real teachers. “Thank god they have their teachers and much respect because it’s kind of [over my head] for me,” he said. “I’m like the P.E. coach, like ‘Get your ass outside!’ You want to go rock climb, skateboard, that’s about it.”

Aside from spending time with their family and checking in with friends, Momoa is happy to be around for a while: “I rarely get to be home, so it’s pretty special,” the actor shared. “I think [my kids] are really loving it, they’re loving having me home and we’re having a great time. We’re just getting around like everybody else is,” he told DeGeneres. The family is taking social distancing seriously and only seeing each other and spending time indoors. When they're outside, they respect the people around them and keep a 6-foot radius.

Momoa has been staying active himself while he's spending all this time at home, and told Ellen, “Right now I’ve just been taking it easy on the food because I love eating and I can’t get all the things I like,” the actor said. “So I’ve just been riding my bike and trying to thin out a little bit, I’ve been getting a little heavy.”

LOLA’s MANANALU CHALLENGE quarantine training. i want to be my kids when i grow up. 😍😍😍😜😜😜aloha j