Japan is known to be the host of the most imaginative and unusual inventions. But this latest invention claims that they have found a way to make ice cream that does not melt. The latest discovery is a great way of making sure that you can eat ice cream in a timely manner and avoid making a mess. This could be a godsend for parents who have experienced their kids making a mess because of eating ice cream during the summer months. 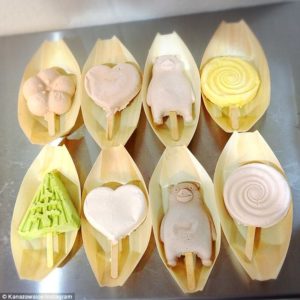 Believe it or not, the discovery of ice cream that doesn’t melt was actually an accident. Japanese scientists were experimenting with a liquid extracted from strawberries when they noticed how the compound, called polyphenol, had properties that made it difficult for oil and water to separate. One of the scientists, Professor Tomihisa Ota, who taught pharmacy at the Kanazawa University, explained how this property is what gave them the idea to try it for making ice cream. 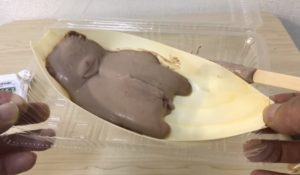 According to reports, they were experimenting on polyphenol to help strawberry farmers in the area that had been affected by the earthquake and tsunami in 2011. It was during this time that they asked help from pastry chefs on how the compound can be used on everyday foods. The chefs suggested creating a cream based dessert that would hold its shape and not melt or disintegrate. That’s how the scientists figured out that polyphenol could be used to make popsicles and ice cream that keeps it shape and would not melt into creamy liquid.