Earlier this week, a Japanese railway company publicly apologized for any inconvenience that it may have caused its customers after one of their trains left too early. The train that they were referring to was late for a mere 25 seconds, and yet the company felt the need to make a public apology to all the commuters. The 7:12 am train at Notogawa Station left at 7:11 am and 35 seconds. 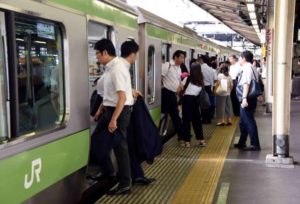 The time of 25 seconds may not seem much to any other commuter, but Japan has the distinction of having the most punctual railway service in the world. So an incident like this is taken very seriously, and a public press release for an apology was deemed necessary. There was even an internal investigation. West Japan Railways, also known as JR-West did point out that the train, which was heading for Nishi-Akashi Station in the Hyogo prefecture, arrived at its next stop after Notogawa at precisely the prescribed time. 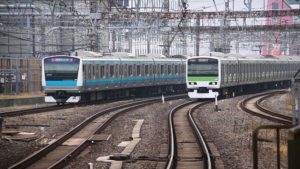 Even so, a spokesperson for the railway company made an apology and described the incident as “truly inexcusable”. It seems that there were several commuters who were unable to board the train and one even complained to a station attendant. JR West also said in its press release that it had investigated the matter and it found that the conductor had misunderstood the departure time and signaled too early for the train to start. The company said that it would be providing training to prevent this from happening again.

A similar event occurred last year when another train was early by 20 seconds in Japan. The railway company had also issued an apology for the change in schedule.