The Japanese National team showed what it was like to have great sportsmanship, class, and the proper attitude. The Japanese team had just suffered a heartbreaking loss to Belgium in the World Cup. The win would have catapulted them in the quarterfinals. In their locker room, after the match, the players cleaned their locker room and even left a note that said “Thank you” in Russian. 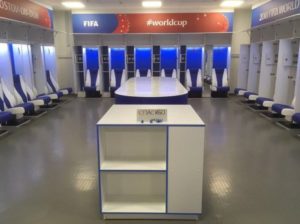 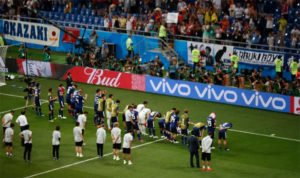 The team itself did some cleaning. The staff at the stadium took a photo of the Japan’s locker room and showed how it was spotless clean with a simple note at one of the tables that had the word “Spasibo” on it. It was the Russian work for “Thank you”. The photo has since spread on social media, where it quickly went viral. The Japanese National team may have lost the match, but they gained the respect and admiration of people from all over the world.

“This is how they left the changing room after losing v Belgium: cleaned it all.” said the caption on the picture.