Violet Brown has officially been declared as the world’s oldest person. Brown just celebrated her 117th birthday last month. Brown spent most of her life in Jamaica where she spent most of her youth cutting sugarcane in the fields of her hometown in Duanvale, in western Jamaica. According to Brown, her secret to long life is avoiding pork and chicken and regularly attending church. 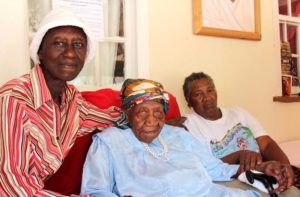 Brown’s record was authenticated by Robert Young, the director of research and database division for the Gerontology Research Group. According to Young, Brown was born in March 10, 1900. Young actually met with Brown and was able to examine her birth certificate. According to Young, the certificate was issued by British Authorities who were governing the island of Jamaica at the time. 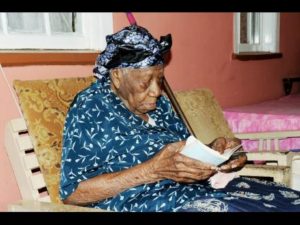 Brown has two caregivers with her at all time and spends her days in a resting home that she shares with her son, who is 97 years old. While she is understandably weak, Brown is still able to sit up by herself and walk short distances. She also struggles with her hearing, but she is able to provide complete and rational answers to questions about her life and her family. Brown officially became the oldest person when Emma Morano (Born Novermber 29, 1899) passed away. Brown also claims that one of the reasons why she has lived so long was because of hard work earlier in her life: