Father Cheers up Daughter by Having an Accident of His Own

Father’s have their own way of being embarrassing, especially when it comes to teenage kids. But every once in a while, it is our fathers, that save us from embarrassment. Such was the case with Valerie and her father. Valerie is in kindergarten when she had an accident. In her embarrassment, she asked her teacher to go home early, and her teacher agreed. What happened next was documented in twitter by Valerie’s older sister Lucinda. 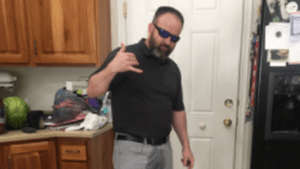 When her dad arrived to pick her up, he revealed that he had a little accident of his own. It turns out as he was leaving the house, Valerie’s dad splashed water on himself to make it look like he had an accident. He said he did it so that his daughter would not feel self conscious about her own situation. According to Lucinda, when the father arrived at the school, he asked Valerie for her back pack to cover up the accident, and together they snuck out of school. The entire situation helped Valerie feel better about her accident and also taught her how to learn to laugh about the entire thing. 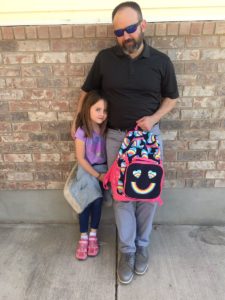 Valerie’s accident happened at the start of recess, so luckily, none of classmates or schoolmates noticed her predicament. Aside from her teacher, only Valerie and her dad knew about the whole thing, so she had little to be embarrassed about. Add to that the hilarious accident that her dad had, and she felt better by the time they all got home. The internet has gotten wind of the story and people on social media have been quick to praise Valerie’s dad, calling him dad of the year. The twitter post of Valerie’s dad has gained 200,000 likes since being posted.