Kathrine Switzer has had to overcome at lot in her life. But the most notable would have to be an event that occurred close to 50 years ago. When Switzer was just a 20-year old student for Syracuse University, she made a risky decision to join the Boston Marathon. That may not be much now, but back then, women were not allowed to participate in a race, let alone a nationwide marathon. 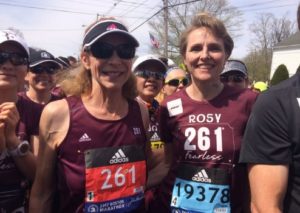 Switzer’s decision was a controversial one back then, which was made even more controversial when an official tried to tackle her of the track. The incident was captured in a photograph and published in several news articles. Back in the 1960’s women were not allowed to participate in any sport, not even running. Among the most absurd reasons included the fact that hair might grow on their chests, that they might develop overly large muscles, or even that their uterus would fall out. 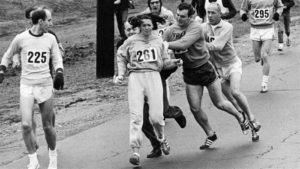 Fast forward to today, more than 50 years since the incident. Switzer is now 70 years old and still fit enough to run a marathon. This time, she was greeted by many admirers and supporters. Switzer wore the same bib number that was made infamous by the tacking incident. According to Switzer, who was able to finish the Boston Marathon, she was able to do so with her personal best time. Switzer finished the entire course in 4 hours, 44 minutes and 31 seconds.