On Monday night, 108 square feet of chocolate was spilled onto the streets of Germany, and it took 25 firefighters armed with hot water, shovels, and torches to clean up the sticky mess. If it were closer to Christmas, it could have been a confectionary disaster. 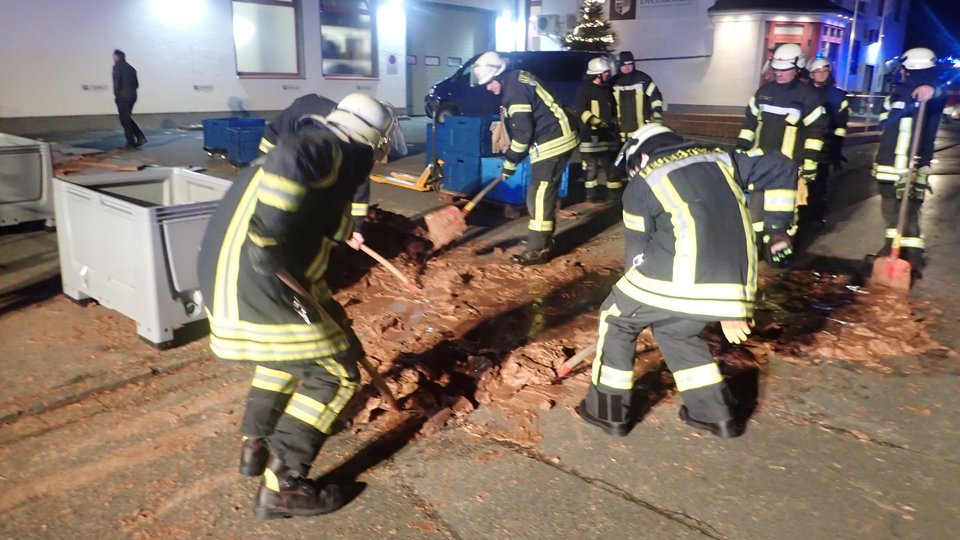 The boss of DreiMeisterchocolate factory, Markus Luckey, said the spill “would have been a catastrophe” were this to have transpired during the holidays. It was due to a “small technical defect” in a storage container and hardened on the chilly streets of Westoennen in the Werl district. 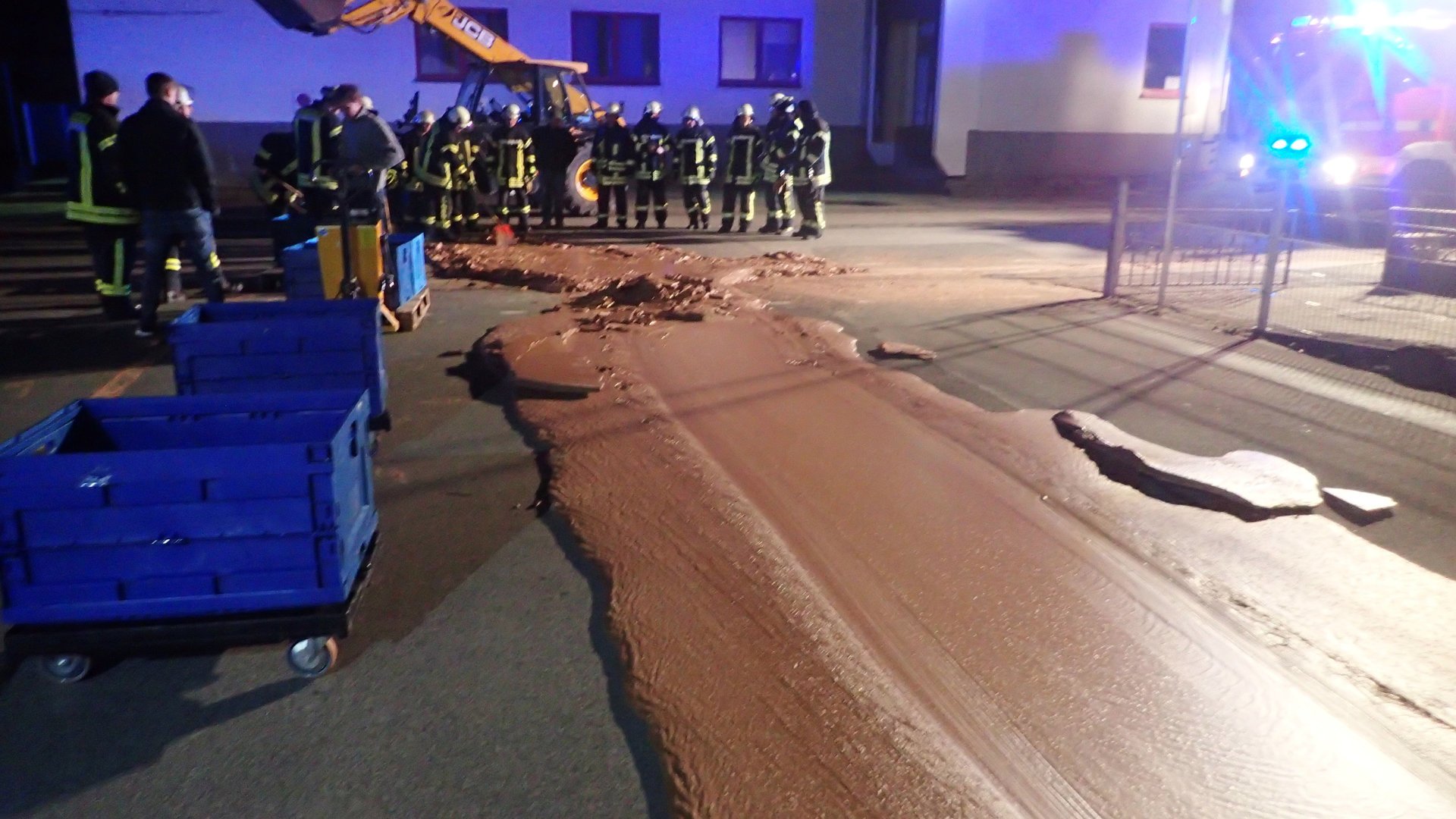 The firefighters managed to remove the chocolate mess and were followed soon after by street cleaners. Although the spill was considered “heartbreaking” by the fire department, they clarified that the likelihood of a chocolate-less Christmas is slim. The factory is set to reopen today.