This Detroit father posted a very honest review of his daughter's restaurant—leaving out the fact that Ava's Kitchen was owned and operated by his 18-month-old daughter.

Christopher Kyle took to Instagram to post a funny photo of him seated at a little table while Ava, his baby girl, got ready for service. He discussed his experience via a very sweet and hilarious caption.

"So I tried to support another Black Owned Business for lunch today," he wrote. "It's called Ava's Kitchen, just opened end of April. It's a very clean establishment, but whewww let me tell you about this owner." 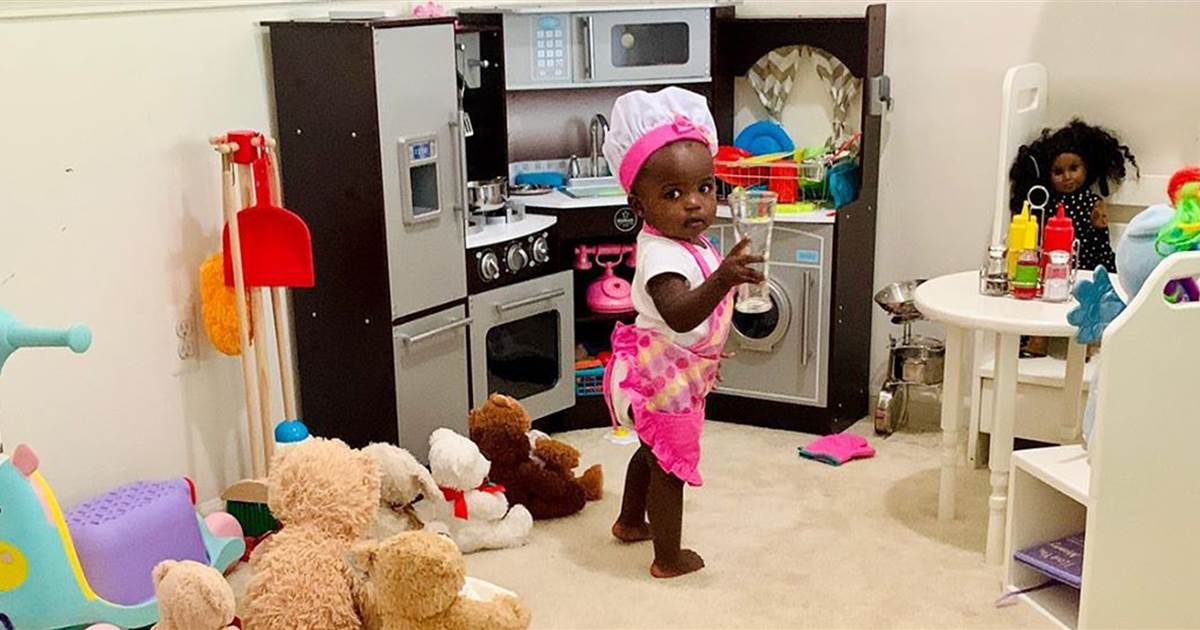 "First off, I asked why there are balloons on my chair, and it's not my birthday? She talm'bout, mind yah business; those are Mommy's," he continued.

He wasn't afraid to point out the egregious delays in service, either. "I been waiting on my order to get done for 45 minutes, and I’m the only customer here. She was making good progress at first, then she stopped for 20 minutes to go watch Paw Patrol."

He wrapped up the post with a well-intentioned reminder for his followers: get out there and support Black-owned businesses.

"Overall the customer service could be better, but the cook is a cutie; so I’ll give her another chance. Let’s not give up on Black businesses so fast after one mistake," he said.