Meet triplets Haley, Kassidy, and Sierra Yeckes. These three sisters have overcome great odds to become successful in life. Their story started when their mother passed away when they were only 3 months old. If that wasn’t tough enough, their father was then sent to prison. They had to live with their grandmother for a while until their father got out of jail. When he got out, they lived with him for a while in Los Vegas, but a dangerous altercation involving their father forced them to live with their grandparents once again. 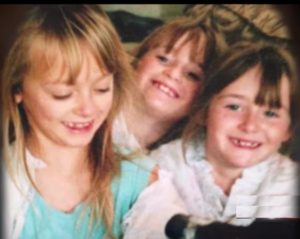 As children, they grandmother did not believe in schooling so they stayed at home until they were 8 years old. When they did attend school, they had to walk to school and back home because of financial difficulties. In high school, all three girls had to take on part time jobs just to be able to continue their education. But these sisters survived and persevered. One of the reasons was because of how they were able to rely on each other. 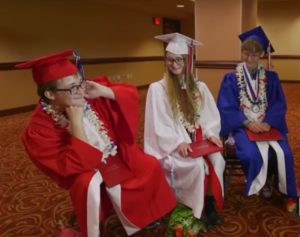 When the triplets graduated from high school, they were all bound for college at UNLV. Because of the help of Â the local community, they were able to afford to get to college. AndÂ because of their inspiring story, they also caught the attention of Fox 5 news. The news network’s surprise team were able to get the help of sponsors to provide a surprise of a lifetime for the three girls. The store where they worked for as high school students, Albertson’s, gave them five thousand dollars each to start their college years. United Nissan also sponsored to give each of them their own car, and Americas First Credit Union, provided them with their first year’s registration fee and a year’s worth of free gas.