Earlier this week, a homeless man was named a hero after he selflessly ran into a burning building to save two children. The homeless man was Anival Angulo. He said that he heard children screaming from inside a building and noticed that smoke was coming from an apartment inside it. He quickly broke through the door to get to the kids and pulled them out. 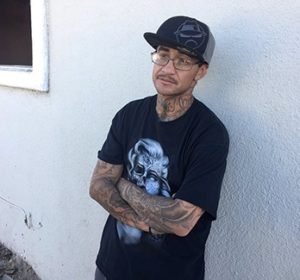 Angulo was walking around in Mesquite Avenue in Las Vegas when he first heard the screaming children. He quickly broke through a security door to get into the apartment and got out a 10-month old boy and a 3-year old girl. Soon after, the Las Vegas Fire and Rescue arrived and put out the fire.Â  The children were taken to the hospital for smoke inhalation, but they were otherwise uninjured.

“Went to the door and saw the babies so I jumped the fence and I pulled on the screen door and I wrapped up the babies and pulled them out,” Angulo said in an interview after the fire. “I knew I had to get them out.” 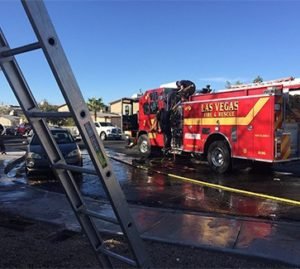 “Fire investigators determined the fire started on the stove in a pan with cooking grease. One of the kids at the hospital told fire investigators the pan started on fire and got big really fast with lots of smoke and it made her scared. Their grandfather, who was watching the children, was in a back bedroom,” Las Vegas Fire and Rescue wrote in a statement.

“Anival Angulo jumped a locked gate into the complex and found smoke coming out the security door. He saw the little girl standing near the door in the smoke filled apartment. She could not open the door, so Angulo starting pulling on the steel door and was able to bend it upward. As he was pulling up, the dead-bolt lock unlatched and the door opened. The little girl ran to him and wrapped her arms around his waist. He could see through the smoke the leg of an infant on the floor. He reached down and pulled the infant out.”