Jill Young had a very simple and straightforward Christmas wish. All she wanted for this holiday season for her dad’s Instagram account to go viral. She posted her Christmas request on her twitter page. Her father, Bill, has an account that takes pictures of all the carpets of the hotels that he has visited all over the world. There are those that beautiful and those that are hilarious. Jill wanted his father’s account to get recognition. 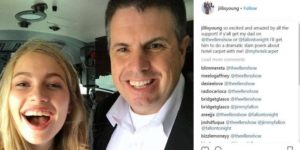 While most of these requests are largely ignored or only complied by a handful of friends and acquaintances, Jill was able to get attention of more people. With thousand of retweets and likes, she was able to get her Christmas wish. Thousands of accounts responded and shared and followed her father’s Instagram account. In just three days after her Christmas plea, Jill’s father’s Instagram account went viral. 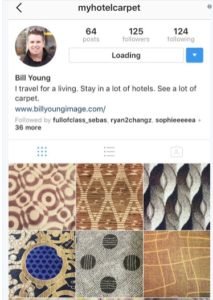 “My dad has over 15.5k followers on Instagram now, thank you for making my Christmas dream come true, this literally insane!” posted Jill on her twitter account. And it did not stop with just those initial followers. Over the next few days, Jill’s father received more and more followers and likes. Currently, he has more than 500,000 followers on his social media account.

Most of the attention was due to mainstream media reporting about Jill and her sweet Christmas wish. Pretty soon her request on social media became viral and was shared on other social media platforms. Both Jill Young and her dad have expressed gratitude to the thousands of followers that have made this young daughter’s Christmas wish come true.