One of the most asked questions during the holidays is whether or not Santa Clause really existed. Santa is the embodiment of Christmas and one of the most recognizable figures in history. But was there a real Santa Claus that actually existed? Ancient clues unearthed in Turkey could prove that old Saint Nicolas may have actually walked the earth. 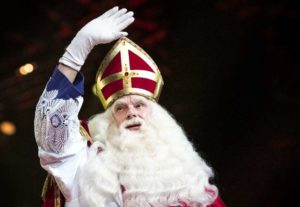 Researchers from Oxford University analyzed s small bone fragment from a pelvis. The bone was dated all the way back to the 4th century. According to legend, St. Nicolas was said to have died in 343 AD. This date, along with other clues, has led researchers to believe that they may have found actual remains of the historical figure connected to Santa Claus.

“Many relics that we study turn out to date to a period somewhat later than the historic attestation would suggest,” said Tom Higham, co-director of the Oxford Relics Centre, “This bone fragment, in contrast, suggests that we could possibly be looking at remains from St Nicholas himself.” The bone fragment being analyzed is owned by Father Dennis O’Neill, a priest based in the state of Illinois. 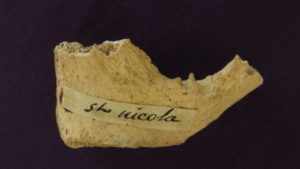 Most of the relics of what is believed to belong to skeleton of St. Nicholas are held in Bari and Venice, in Italy. Analysis has shown that the fragment was part of the lower left part of the pelvis, while the Bari collection only contains the upper part of the bone. This suggests that they could e from the same person. The relics in Venice are made up of 500 bone fragments, which anatomically match with the collection in Bari.

“These results encourage us to now turn to the Bari and Venice relics to attempt to show that the bone remains are from the same individual,” said Georges Kazan, co-director of the Oxford Relics Centre.