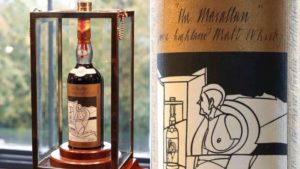 Aside from the whisky, the bottle is also sought after because of its unique art. The label was designed by Italian artist Valerio Adami. Macallan commissioned Adami and Peter Blake to come up labels for a very limited edition of whisky. There were only 24 bottles from that collection. Twelve bottles had the Adami-designed label and the other twelve had the Blake-designed label. It is still not known how many of these bottles still exist. The bottle of whisky was sold at Bonhams in Edinburgh by an anonymous buyer. 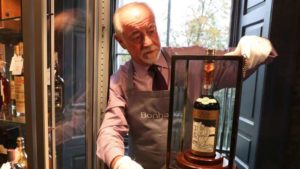 “I am delighted at this exceptional result. It is a great honor to have established a new world record and particularly exciting to have done so here in Scotland, the home of whisky.” said Martin Green, from the auction house.

“The Macallan 1926 60-year-old has been described as the Holy Grail of whisky. Its exceptional rarity and quality puts it in a league of its own, and the world’s most serious whisky collectors will wait patiently for many years for a bottle to come on to the market.” added Green.