Family Goes Viral for Disney Costumes of their Son

A family in Utah has gained online fame thanks to their adorable habit for dressing up their 1-year old son in homemade Disney costumes. Tucker Bohman loves the Toy Story movies, and his love transferred over when his son Beckham was born. He decided to dress up his son in his favorite Toy Story characters. And when store-bought costumes were not good enough, he and his wife decided to create the costumes himself. 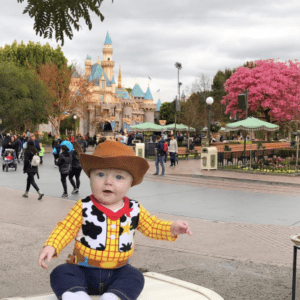 Bohman then created an Instagram account and called it “Toy Story Dad”. In the account, he shares the photos of his sons in various costumes. Bohman said that his wife helps with most of the homemade costumes and he only helps where he can. The account soon became viral, especially after the family’s last visit to Disneyland, where they had little Beckham in his outfit pose in front of all the Disney backgrounds. 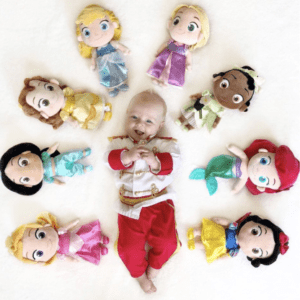 “Beckham was wearing a full on Woody outfit and people at Disneyland flipped out for him,” Bohman said. “We had crowds around us of people trying to take his picture. And people recognized us. I only had like 900 followers, but there were people there who knew who we were. Bohman’s costume creations are not just from “Toy Story.” Beckham has dressed as Jack Sparrow from “Pirates of the Caribbean,” and Carl Fredricksen, the old man from “Up.”

“Funny thing is, I had never been to Disneyland until I got married five years ago,” said Bohman.” I liked Disney, but didn’t really know this whole world existed. My wife converted me,”