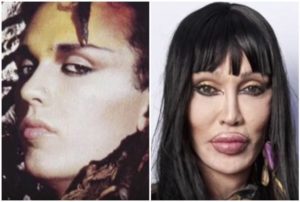 You may remember Burns as the Dead Or Alive singer behind the catchy hit “You Spin Me Round.” But the late English singer looked very different in his later years than he did back in the 80s. Burns revealed on the U.K. showÂ Celebrity Botched Up BodiesÂ that he had nearly 300 cosmetic procedures after his very first surgery â€” a rhinoplasty â€” didn’t turn out the way he wanted it to. 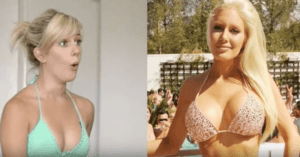 AsÂ The Hills began its descent from must-see reality TV, Montag also started her descent into plastic surgery hell. Montag had a reported 10 surgeries in one day, from having her ears pinned back to getting an F cup breast augmentation. Almost a decade later she admits that she was in over her head and that she didnâ€™t think through how life-altering the process would be. (And yes, she eventually had her breasts downsized.)