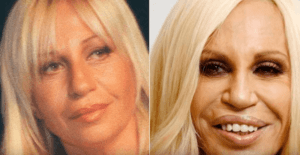 The house of Versace will always be known for its magnificent clothes and intriguing backstory. But nowadays, itâ€™s also known for Donatellaâ€™s heavily transformed face. The fashion icon has admitted in the past to having Botox injections, which have left her eyelids, cheek, and lips looking puffy and cartoon-like. The King of Pop knows a thing or two about that… 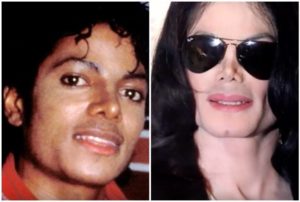 The King of Pop went through one of the most memorable surgical transformations during his life. After having an initial rhinoplasty in 1979 because he broke his nose, Jackson continued to get surgical enhancements and implants. One of the most noted changes to Jackson’s appearance was how much his skin lightened over time. While it’s possible that he suffered from a skin condition called vitiligo, many people believe he was just using skin bleaching lotion.