It’s no secret that Hollywood has a close relationship with cosmetic surgeryâ€”the place is regarded as the most image-obsessed place on the planet. Just what percentage of celebrities have gone under the knife for beauty purposes is of course, unknown. What we do know is that some have taken it to the extreme, so much so, that they are now unrecognizable to their former selves. 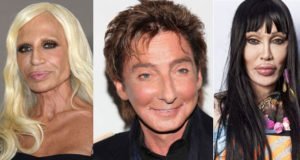 Michael Jackson is probably regarded as the #1 example of too much plastic surgery, but he’s not alone on the chopping block. Everyone from actors and singers to New York socialites and European royals have paid big bucks to have their faces stretched and diced up. These next images will make you think twice before going under the knife for a little nip and tuck… 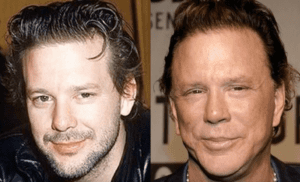 Rourke had cosmetic work done to his face to repair injuries he sustained while he was an amateur boxer in the 90s, but the results left him looking worse for wear. While having his broken nose fixed using cartilage from his ear, he has also allegedly also had a facelift and implants placed in his cheekbones and chin. Rourke himself has admitted that the surgeries didnâ€™t go so well and insists that the surgeries were for medical reasons, not cosmetic ones.