The former Secretary of State and democratic presidential candidate Hilary Clinton was in New York City earlier this week to promote her latest book and to hold a books signing at a local bookstore.Â  She had many fans that awaited her return to the state and she wanted to make sure that she could accommodate all of them. Sadly the bookstore that she was booked to appear in had only a limited space, so her biggest fans decided to camp out the night before the book signing so that they could be first in line. 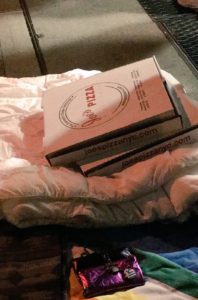 This dedication to meet her was not lost on Hilary and her staff. They delivered several pies from Joe’s Pizza to the people who were waiting overnight at the bookstore. Â The fans were delighted by the gifts and shared pictures of the pizzas all over their social media. Several of the people who had received the pies tagged the Mrs. Clinton in their posts and even some sent the photos directly to the former first lady. 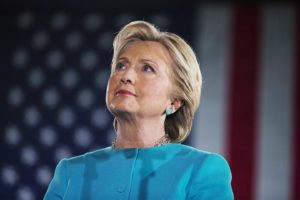 And on the official twitter account of Hilary Clinton, she addressed her fans and told them to “Enjoy! See you all tomorrow!”, along with emojis of a smile, pizza, and a flexing bicep. Clinton released her newest book entitled ‘What Happened’, and she is currently going on tour to promote it. This leg of the tour is at a Barnes and Noble branch in Union Square. The 69-year old Clinton was formerly a Senator for the State of New York before she ran for the highest office in 2008. During Obama’s administration, she was appointed as the secretary of state.