We all love watching movies. The thrill, the drama, the romanceâ€”put ’em all together and you’ve got entertainment for hours on end. Every so often, though, writers and directors throw in an interesting detail or two that most viewers overlook. The term for these hidden secrets is Easter Egg,Â meaning a hidden reference placed in movies, video games, and television series. They can be there as a way to show appreciation, provide a laugh, or reveal something deeper.

The practice is similar to Alfred Hitchcockâ€™s cameo appearances in all of his movies, although Easter eggs usually aren’t as obvious. It sometimes takes a die-hard fan to catch themâ€”do you have what it takes?

Â I Am Legend 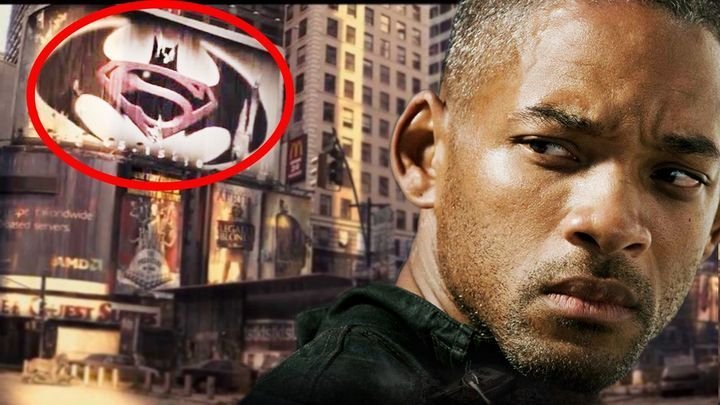 During the Times Square hunting sequence inÂ I Am Legend, Will Smith passes a billboard advertising a Batman and Superman team up all set to release in 2010. Given the 2007 release, had the hidden message come true, the film would have likely featured Brandon Routh and Christian Bale. Even thoughÂ it took Warner Bros a few more years to pit together the two superheroes, their Man of Steel sequel of Batman Vs Superman starring Henry Cavill and Ben Affleck is on its way, and we can’t wait to check it out.

Typically in movies, no one cares about the license plate unless you’re Bond. But in theÂ MatrixÂ trilogy, many of the plates are shorthand references to religious scripture. For example, at the beginning of the movie agent Smith’s license plate reads IS5416 which correspond to Isaiah 54:16 “Behold, I have created the smith, who blows the fire of coals and produces weapons for its purpose. I have also created the ravager to destroy.” And this is not just a lone example. Even during the highway chase sequence, Trinity’s Cadillac plate reads DA203, corresponding to Daniel 2.03.