Earlier this week was the 70th Primetime Emmy Awards. One of the most celebrated wins during the ceremony was the Emmy win of Henry Winkler for his work in the TV show “Barry”. Despite being an icon in the industry, it is actually the first time that Winkler has won an Emmy in his 40 years in the business. The 72-year old Winkler won the Emmy Award for Outstanding Supporting Actor in a Comedy Series for the HBO TV show Barry. 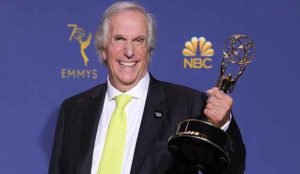 When Winkler won the award, you could hear the cheers from his peers and fans. In his speech, he was very grateful for the cheers that he had received. Winkler is best known for his portrayal of greaser Arthur “Fonzie” Fonzarelli in the hit 1970’s sitcom Happy Days. As “The Fonz” he became a breakout character of the show and a cultural icon. Ironically, also in attendance in the awards ceremony was one of his famous co-stars in the show, actor and director Ron Howard. 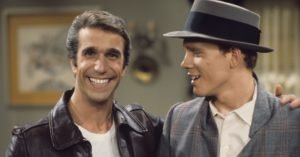 Despite playing roles in several TV shows, this is in fact his first prime time Emmy win in his 40 years acting. For his role in Happy Days, Winkler has won two Golden Globe awards, and was nominated three times for an Emmy for Outstanding Lead Actor in a Comedy Series. Winkler has won two Daytime Emmy awards. In 1995, he won for an Outstanding Children’s Special Emmy for the CBS School break Special: “All the Kids Do It”, and again in 2005 he won Outstanding Performer in an Animated Program for “Clifford’s Puppy Days”.