Rehan Munir from Pakistan was looking for a place to live in New York. Like most of us, he used social media to find possible suitable places to rent a place. He was advised to post on a Facebook page that advertises local housing, but he did not expect the reception that he got. Munir posted his picture along with a post looking for board and lodging, and because of the fact that this 26-year old doctor was very good looking, his post quickly went viral. 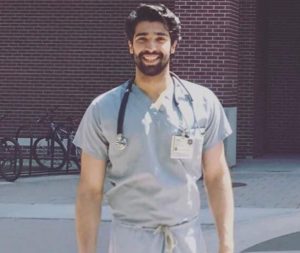 “Hello everyone!” Munir wrote in his post, “I’m professional, friendly and easy to live with. Most of all, cleanliness is of utmost priority to me.” Munir then explained that he was a 26-year old fresh graduate of medicine and he was looking for a furnished room for a month and a half. He then added a few pictures of himself to his post. 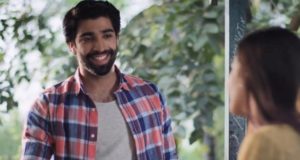 To say that Munir got a response would be an understatement. There were a lot of compliments and praises on his looks, and a fair share of catcalls from online admirers. There were even those that shared pity for the handsome doctor, because he had to wade through thousands of comments to look for a suitable place to live. Munir is indeed a model, but he wasn’t expecting the response that his post got on social media.

“It was pretty overwhelming,” said Munir, “I wrote it and the next day I wake up and I see my post has been inundated with messages and it’s reached a number of blogs locally and internationally. I found it hilarious! The Internet is really an unpredictable place.”