Darwin’s ‘Strangest Animal Ever’ Finds a Place in Animal Kingdom

Scientist Charles Darwin is known as the father of evolution and the theory of survival of the fittest. But even he can get stumped by the animals that he was able to discover. The American Museum of Natural History published an artist reconstruction of the Macrauchenia Patachonica. This four legged creatures owns the distinction as ‘strangest animal ever discovered’, according to Darwin himself. 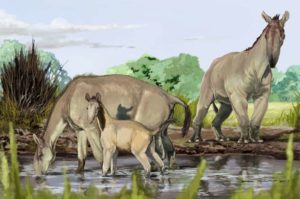 When Darwin discovered the fossil of this animal, he didn’t know what to make of itÂ so he sent them to his friend Richard Owen. Owen was a renowned paleontologist and could not identify the strange creature either. They were so different from what he knew. It would take almost 200 years of scientists and taxonomists arguing overÂ the origin and pedigree of the beast before they finally unlocked the origins of the animal. 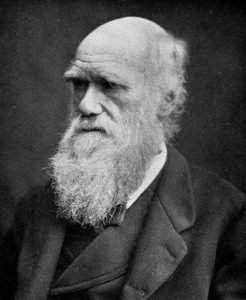 “The bones looked different from anything he (Darwin) knew,” said Michael Hofreiter, senior author of a study, “Imagine a camel without a hump, with feet like a slender rhino, and a head shaped like a saiga antelope.” The name roughly translated meant long necked llama. But it wasn’t specifically a llama. It had a rubbery snout and nostrils found high on the skull, above the eyes.

But thanks to DNA study and advances in technology, scientistsÂ were able to narrow down where to place the long necked llama in our animal kingdom. According to the findings the Macrauchenia was related to an ancient order of animals that were the ancestors of horses and rhinos. It took a team of 20 scientists to decode the DNA extracted from a fossil found in Chile toÂ finally find the origin of the animal.