20 years ago, hairdresser Vanessa Howard was single mother of three with barely $2 in her account and no home. But now that she is in a better place, she plans to pay it forward by giving free makeovers to homeless girls. But 2 decades ago, Howard, who was a victim of domestic violence, says that things got so bad that she thought about suicide as a way out. But at the lowest point, Howard decided to push through. She hopped on a bus with her three daughters and took a chance at another part of town in Tampa Bay, Florida. 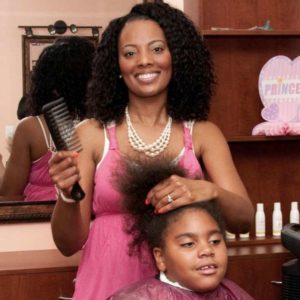 That’s when it all turned around. When Howard was applying for an apartment and met the landlord, he said something surprising. He told Howard that, although he did not know her, he felt like she should have the place. It was a small start but it was enough of a blessing to keep her going and striving to become better. And she knew that she would someday pay it forward. And four years ago, she finally was able to fulfill her dream when she opened her own salon. With this opportunity, she did not forget her vow of paying it forward to her community. 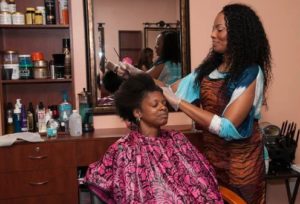 Howard started it by naming her salon the Giving Hands Hair Salon because she planned to use it to give back. Once every month Howard opens her salon on her Sunday off to give free haircuts to the homeless. She specializes in creating makeovers for little girls and giving them a new look.