Little acts of goodness and kindness make our day! This guy from Australia has become an online hero after he was captured and seen paying grocery bills of an elderly woman at a grocery store after her card was repeatedly declined. Another guy in the same store was present on the scene and posted about the incident on Twitter for everyone to know. 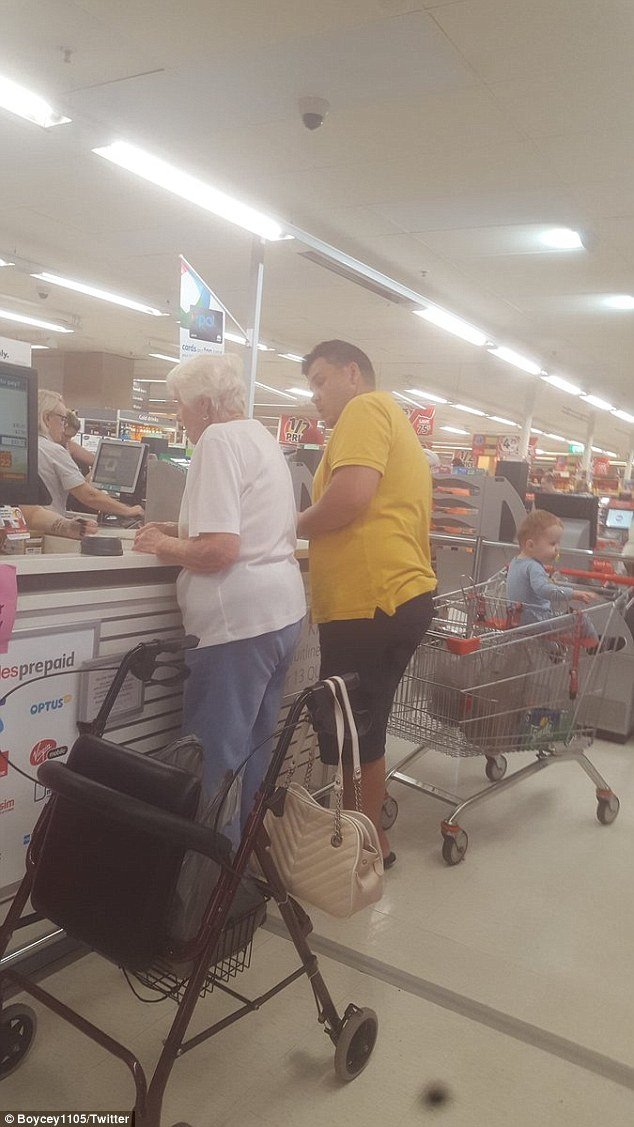 Ryan who lives in Wyoming Coles, Australia was at the grocery store with his two kids when he noticed an elderly woman struggling to pay her bills. Her card was being declined repeatedly, Ryan came over to help and paid her bills. According to Ryan the lady reminded him of his mother and grand mother, so he couldn’t stop and helped. 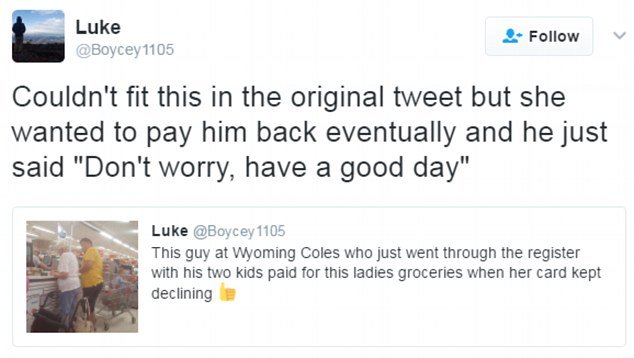 Ryan said that’s how his parents raised him to help others in your capacity and whenever possible. Ryan is a kind-hearted father of two who instantly became a hero on Twitter. The lady who was helped by Ryan that day asked him that she wants to pay him back, but Ryan refused.

A passerby took their photo at the moment and posted it on Twitter, one twitter user replied that it’s good to see decent people out there who look after their elders. “A big thank you to the gentleman for opening his heart and his wallet”.