Happy end of September! Green Day and the NHL have just announced a two-season deal with the band headlining All-Star Game entertainment and providing an opening theme for Wednesday Night Hockey.

Five-time Grammy Award-winning band and the NHL’s newest partner @GreenDay is bringing the loud to @NHLonNBCSports and Wednesday Night Hockey for the next two seasons! #WNH #NHLGreenDay pic.twitter.com/BBBbds7S1p

The five-time Grammy Award-winnng band will sneak peak a yet to be released song called “Fire, Ready, Aim,” off Green Day’s forthcoming thirteenth studio album, “Father Of All…“ via Reprise/Warner Records, which will serve as the opening theme song for NBCSN’s Wednesday Night Hockey. The song will debut with the New Jersey Devils vs. Philadelphia Flyers game on Wednesday, Oct. 9, at 7:30 p.m. ET on NBCSN. 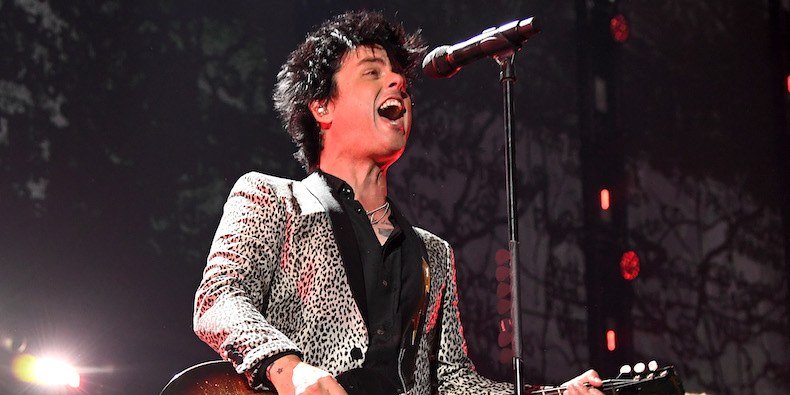 Produced by NBC Sports, a high-energy show open that features the band playing their new song on a hockey rink interspersed with action shots of more than a dozen NHL players, including Tuukka Rask of the Boston Bruins, Jonathan Toews of the Chicago Blackhawks, Dylan Larkin of the Detroit Red Wings, PK Subban of the New Jersey Devils, Sidney Crosby of the Pittsburgh Penguins, Vladimir Tarasenko of the St. Louis Blues, and Alex Ovechkin of the Washington Capitals, among others, will debut next week.