Grandmother has Been Wearing the Wrong Flag to 4th of July

A grandmother from Houston Texas just recently found out that her favorite shirt that she wears every 4th of July is not what she thinks it is. While the shirt is made up of the colors and symbols of an actual flag, it is not the flag of the United States. It was actually her grandson that realized this while noticing a flag during this year’s football World Cup. 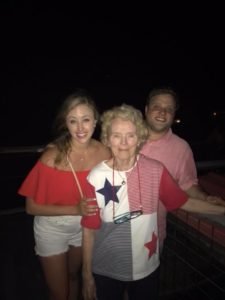 88-year old Shirley Cheesman has been wearing the same stars-and-stripes-themed shirt for the fourth of July for the past 25 years. She wears in on this day to show patriotism and love for her country. But her grandson Dale noticed something while watching the World Cup. He realized that the shirt had more in common with the flag of Panama. 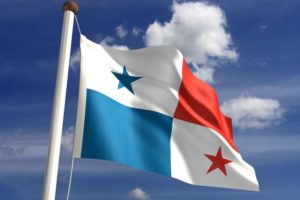 Both flags share the same colors of red, white and blue, and both feature stars. But the Panama flag is distinctly different, mostly because of the four squares and large blue stars. These same four squares are represented on Shirley’s shirt. When you look at the flag and the shirt closely, you can tell the similarities with the design.

“My grandma has worn the same shirt with red, white, blue, and stars to celebrate the Fourth of July for more than 25 years. Every year, she wears the exact same shirt.” wrote Dale on social media, “Thanks to the #WorldCup we finally noticed it’s the Panama Flag. Over 25 years of treason.” He jokingly added. Despite the confusion Grandma Shirley says that she will continue to wear the shirt because it has become a tradition.