Earlier this week, several professional golfers from the PGA tour pitched in to help with the relief effortsÂ  in Houston after it was hit by the Hurricane Harvey. At the forefront of all this is rising star Chris Stroud. Stroud made a name for himself during the PGA championship a few weeks ago where he had an amazing round of golf in the opening rounds. But now, the Houston native is using his star power to help out the victims that were devastated by the hurricane. 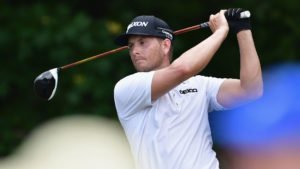 Stroud is joined by Tiger Woods, Sergio Garcia and many other big name golfers in donating money to relief efforts. Stroud is currently competing at the Dell Technologies Championship in Boston, but he declared that he would donate $10,000 and 10% of his winnings in the ongoing tournament. After hearing the news, the PGA Tour, along with Dell Technologies, also pledged to donate $250,000 to the relief efforts. The disaster is incredibly personal for Stroud, whose wife, kids and friends are all in the middle of a flooded area in Houston. He says his main concern was not being able to go immediately back home to help out. 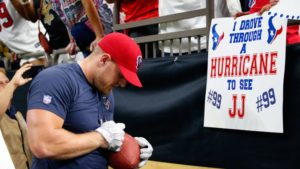