Goldfish Uses Alcohol in Their Blood To Survive Winter

For decades, scientists have wondered how goldfish in the wild could survive to live beneath icy waters, such as frozen lakes and ponds, during the winter. Recent research has shown that the fish produces alcohol in their blood to survive the freezing temperatures. Unlike most aquatic animals that freeze and die within a few minutes without precious oxygen, the goldfish and their cousins the Crucian Carp, are able to survive for months in freezing water that has no oxygen because of the chemistry in their blood. 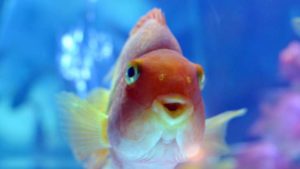 The fish are able to produce alcohol in their bodies by converting the lactic acid produced in their bodies into ethanol, which then diffuses through their gills and into the water. Scientists from the University of Oslo and the University of Liverpool have discovered that it takes a unique molecular mechanism to do this. They were also able to identify which proteins are used to produce the energy required to break down their lactic acids into alcohol.

“During their time in oxygen-free water in ice-covered ponds, which can last for several months in their northern European habitat, blood alcohol concentrations in crucian carp can reach more than 50mg per 100 millilitres,” said Dr. Berenbrink. “However, this is still a much better situation than filling up with lactic acid, which is the metabolic end product for other vertebrates, including humans, when devoid of oxygen.” 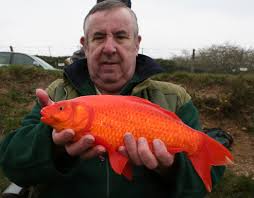 “The ethanol production allows the crucian carp to be the only fish species surviving and exploiting these harsh environments.” said Lead author Dr Cathrine Elisabeth Fagernes. “Thereby avoiding competition and escaping predation by other fish species with which they normally interact in better oxygenated waters.”