A pair of glasses made from gold plated metal was sold last Sunday for a price of $51,457. The glasses were sold at such a high price because they were once owned by renowned artist Claude Monet. The French artist Monet is one of the most important and influential artists of his generation. The price was far higher than the auction house previous estimate of just $1,000 to $1,500. 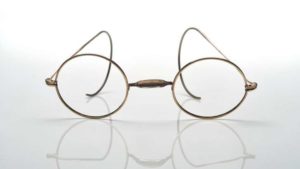 The glasses were just part of the collection of the belongings of the Claude Monet that were sold into auction. Also in the collection was a pair of round rimmed wire spectacles. The collection has fetched over $11 million at an auction in Hong Kong, according to Christie’s. The auction also included other works of art by Monet including some rare pencil sketches, paintings, and woodblock prints from the artist’s own personal collection. 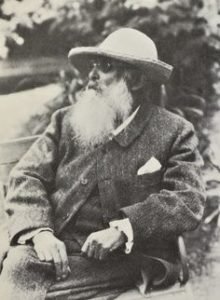 “This collection provides an intimate insight into the life of Monet the artist and Monet the collector,” said Adrien Meyer from the Impressionist and Modern art department at Christie’s. Most of big money was spent on the oil paintings of Monet. An oil painting of a cliff face overlooking the sea entitled “Falaises des Petites-Dalles” was sold for $4.6 million. Another landscape painting called “Trois arbres a Giverny (Peupliers)” was bought for $4 million. Most of the items, including the glasses, were bid and purchased by Asian buyers.

Monet is the artist of the painting that currently holds the record for the most expensive painting sold in auction. His painting called “Meule”, from his famous grainstack series, was sold in New York last year for a record $81.4 million.