Father that Passed Away Sends His Daughter Flowers On Her Birthdays

A father’s love knows no bounds. A father will do anything and everything to be there for his children, even if it means sacrificing his own money, time, and health. In this case, not even death could stop this loving father from being there for his daughter. Despite having passed away five years earlier was younger, this dad has managed to send her flowers on each of her birthdays. 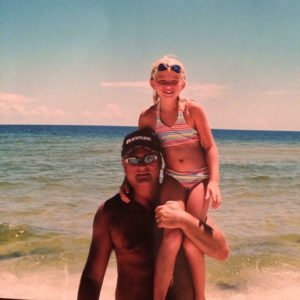 The father of Bailey Sellers died from cancer when she was only 16 years old. When he realized that his time was coming, he made sure that he would still be there for her. So before he passed, he arranged for flowers to be delivered on each of her birthdays in the years to come. Bailey has been receiving flowers from her father for the past five years. 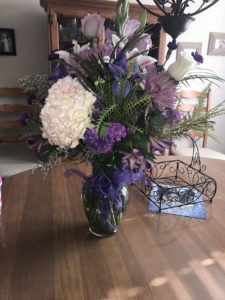 And it is not just the bouquet of flowers that makes this delivery special. Each batch of flowers comes with a handwritten note from Bailey’s father that he wrote all those years ago. This year Bailey has a milestone birthday when she becomes 21. Sadly this delivery was the last one that she will receive from her father, as mentioned in his note.

“This is my last love letter to you until we meet again,” her father wrote on the note that accompanied the flowers for her 21st birthday. “I will still be with you through every milestone, just look around and there I will be.”

“Well this is my 21st birthday flowers and the last. Miss you so much daddy.” Bailey took pictures of the flowers and the note and posted it on her social media page. The post has since gone viral.