Almost a month ago, mother and daughter Yarrow and Zella Upton had never gone hiking before. But now the mother and her 9-year old have hiked almost half of Washington’s near 300-mile Long Trail, including Stratton, Bear Mountain, Killington, and other trails of the Vermont Hiking region. But while these accomplishments are impressive, they are nothing like their next target, which is the Camels Hump and Mount Mansfield. When they hike through those next two hurdles, they will complete the entire 273 miles of the Long Trail. 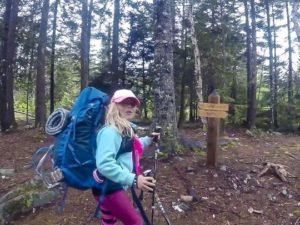 According to Zella, she and her mom wanted to quit the challenge more than 100 times, but each time they found a way to carry on. One of the most challenging aspects of their hike has been the weather. The rain has often forced them to use shelter instead of using their camping equipment. The duo are in no rush to finish the trail, although they will have to do it before the end of August, when Zella will be returning to school. 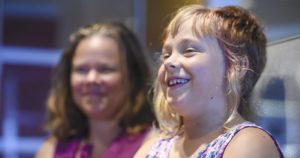 Their best day of hiking got them 11 miles in one day, but they haven’t been burning the miles lately. Yarrow and her daughter have their sights set on finishing the near 300-mile trek, but if they don’t they will still view this trip as one of the greatest experiences in their life and a big accomplishment. This week the mother and daughter have a scheduled pit stop at Jay’s Peak water park where they plan to share a large tub of Ben and Jerry’s ice cream.