Girl Gets Hands Thanks To Engineering Student

11-year old Tori Anderson was born with only one finger on each hand. It’s a disability that she has learned to live with, but it is also something that has been a source of shame and embarrassment. Tori says that her hands keep her from going out and playing with other kids. But through sheer luck or divine intervention, a connection was made for Tori to get brand new hands. 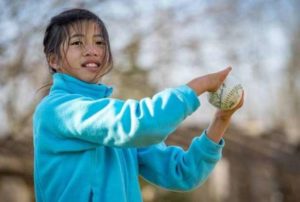 It all started when Tori’s father, Doug Anderson, started driving for the car service Uber to help make ends meet for his family. Then one night, he had a passenger from Notre Dame named Michael Skinner. He was taking the young man home from a formal event in Indiana. The two got to talking and Doug eventually told Michael about his daughter. He talked about the defect and how his daughter is still a “very energetic, a very go-getter type person.” 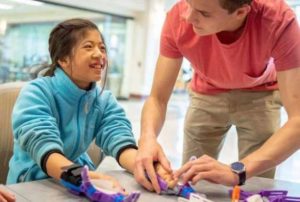 Skinner then told him about students in the University called e-Nable. He said that they could help out with Tori’s problem. The group studied printed designs online and constructed a 3D printed version of hands for Tori. Thanks to the new hands, Tori can now pick up things and even throw a baseball. And it hasn’t stopped there. The group is still looking for more ways to make the hands better.

“We would like to able to make modifications to the designs that exist and improve upon them so that we can make better products moving forward,” said e-Nable president Cole Grabowski.