Earlier this week, an 8-year old girl was skipping rocks in a lake in Sweden, when she found something in the water. The little girl, named Saga Vanecek, went to the late by her family’s house by Lake Vidostern and found what looked to be a stick. But upon closer inspection it turned out to be a sword. But it wasn’t just any sword. It was a sword that believed to be somewhere between 1,000 to 1,500-year old sword. 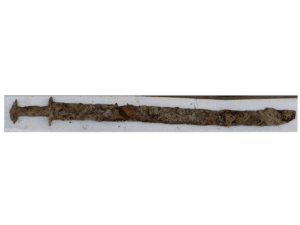 “I picked it up and was going to drop it back in the water, but it had a handle, and I saw that it was a little bit pointy at the end and all rusty,” said Saga, “I held it up in the air and I said ‘Daddy, I found a sword!’ When he saw that it bent and was rusty, he came running up and took it.” While Saga said that finding “old stuff” is interesting, her father Andy Vanecek has really been enjoying the situation. 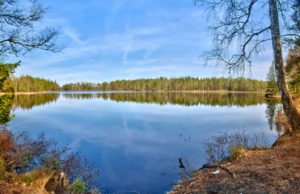 According to the JÃ¶nkÃ¶pings LÃ¤ns Museum, the sword is at least a thousand years old and can be traced back to the pre-Viking era. The sword is measured to be 2.75 feet long. It was well-preserved because it was stored in a wood and leather casing. It is still not clear why the sword was in the water, or why it was found in the lake. The story of the girl that found the sword in the lake quickly spread on social media, and the story has since gone viral.

Some people have even declared Saga to be the new Queen of Sweden, as a reference to the old British legend of the boy who pulled the sword from the stone and became king.