Earlier this week, a 2-year old became famous online when the story of how he shredded the money of his parents went viral. Ben and Jackee Belnap were saving money for football season tickets. They placed the money that they had saved inside an envelope, but the next day it was gone. It seems that their two-year old son had placed all the bills through a shredder. All in all, the toddler had destroyed $1,060 worth of bills through a paper shredding machine. 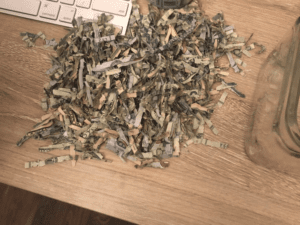 “So me and my wife had been saving up to pay for our Utah Football tickets in cash,” Ben tweeted. “We pulled our money out yesterday to pay my mom for the season… Well, we couldn’t find the envelope until my wife checked the shredder. Yup. 2 year old shredded $1,060.” wrote Ben on his social media. The story soon spread and went viral.

According to Ben they were in the process of getting the money reimbursed. They were trying to reassemble the bills to recover the cash in time to buy the tickets for football season. According to the Department of Treasury, claims can be filed for mutilated currency through mail. And it’s not all bad news. When the Utah ticket office heard about the story, they offered to comp the couple two tickets to the upcoming home game. 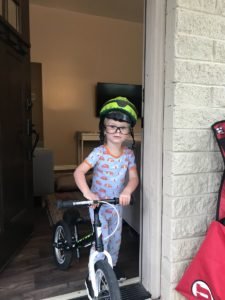 The couple has since said that they were grateful for the ticketing office and the department of treasury for all their help. They have also announced that their son will no longer be allowed to play with the shredder.