A seven year old girl from Austin, Texas just set the record for the youngest girl to summit Mount Kilimanjaro in Africa. She did the amazing feat in honor of her late father. The girl’s name is Montannah Kenney. She climbed the tallest mountain in Africa with her mother, Hollie Kenney, who is a former professional traithlete. 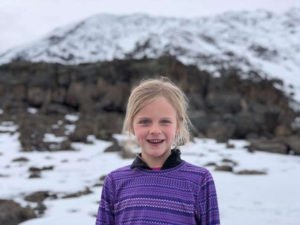 “She said to me, ‘Mommy I want to do it too,'” Kenney said in an interview with ABC News. “I didn’t discount what she said but I knew she didn’t know the magnitude so we started researching it and looking at videos. I was very real with her, explaining that people can get very sick, that we’d have to train very hard and it wouldn’t be an easy task.” 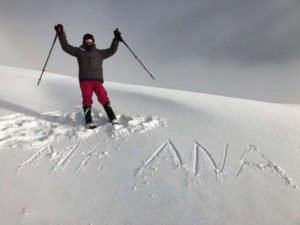 The mother and daughter climbed the 19,000-foot mountain in Tanzania for Montannah’s dad, who passed away in 2013. Kenney and Montannah started training a year before the actual climb. Their training consisted of four to eight hours of hiking on weekends, with shorter hikes during the school week. During the hikes, they also practiced spelling and math, listened to music, and even invited a few friends to join them. 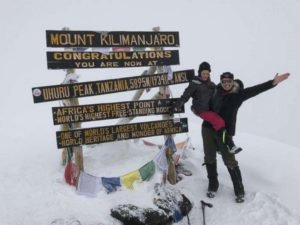 “When she decided to do this, I knew what kind of training she needed to do and I didn’t want to rob her of her childhood over that month and a half,” Kenney said. On March 16, Kenney and Montannah reached the summit of Mount Kilimanjaro after hiking for six days. Kenney said that during the six-day climb Montannah declared it as her “best day ever”. She also said that she thought of her father in most times, thinking that she was getting closer to him because she was climbing closer to heaven.

“I’m her only parent and I’m an older parent and I want to build these awesome memories with my child. Our philosophy in life is to be somebody and to do things with our lives.”