Giant Avocados are as Big as a Human Head

Avocados are one of the most popular fruits in the world. Not only is it good on its own, but it can be made to make a variety of other dishes including guacamole and salads. But this new breed of avocados is selling like hotcakes because of their size. These monstrous avocados are so big, that they have been nicknamed Avozilla, which is a combination of Godzilla and avocado. 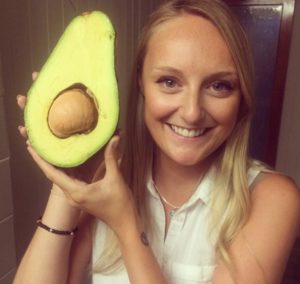 The Avozillas have recently been seen in Australia, where they are grown by the Grove’s Grown Tropical Fruits farm. The fruits are farmed and sold for £9 each. The Avozillas are four times the size of a normal avocado and it can be compared to the size of a human head. The fruit is a cross between two sub-species of avocado. And it is not east to make. Each crop is a result of trees that were planted for four years. Despite the time it takes to grow these fruit, it only takes two days to sell most of them. 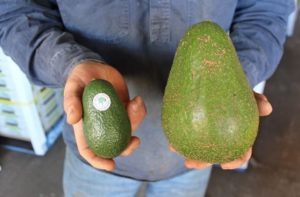 But Avozillas haven’t been seen all over the world because of its origins. The first Avozillas were cultivated by a South African company that still owns the rights. This means that famers that want to cultivate and sell the same giant fruit must also receive permission from the company and pay them royalties also. So far, the only other sighting of the giant avocados has been in the UK in 2013, although it is rare to be able to find them now anywhere else.