German Figure Skater Performed to Music from the “Game of Thrones”

In the recent Winter Olympic Games in Pyeongchang, South Korea, one of the most popular headlines have been of the German figure skater who performed to the music of the popular TV show “Game of Thrones”. Not only was his music from the popular cult TV series, but he also had the matching costume and moves that was inspired by the TV show. 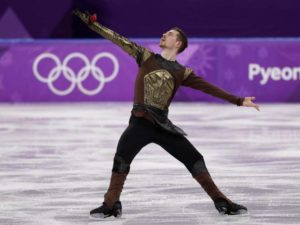 Figure skater Paul Fentz surprised the crowd last week when he performed to a popular theme song from the show “Game of Thrones” during the men’s free skate vent. The 25-year old skater was making his Olympic debut at this year’s Winter Olympics and he represented Germany in the team figure skating event in South Korea. He also performed once again at the men’s singles competition. 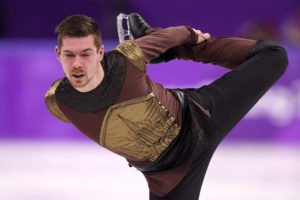 But it was his unique choice for music and costume that caught the crowd’s attention, and also the attention of people all over social media. His costume featured a single gold glove, which alluded to Game of Thrones character Jamie Lannister, who has a golden hand prosthetic after losing his hand. The music from the show’s sound track and was a contrast from the Oasis song Wonderwall which he used for short program, earlier in the competition.

Fentz scored 139.82 for his “Game of Thrones” free skate. He also scored 74.73 from his short program, bringing his total to 214.55 points. Yuzuru Hanyu from Japan won the Gold for the Men’s singles event with 317.85 points, while the Canadian team won for the Team skating event.