Earlier this week, the story of a flight attendant who saved the day by soothing a crying baby went viral. The flight attendant was on a Hawaiian Airlines flight to Los Angeles when one of the three kids of a mother got upset. That’s when flight attendant Gina Reyes took her in her arms and sang her a song and put her to sleep. The entire scene was recorded by a passenger, and posted online where the video has gone viral. 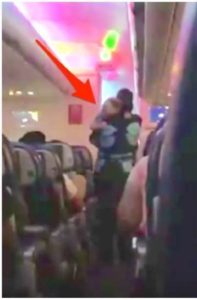 Even with well-behaved kids, they will eventually throw a fit with a very long flight. So when this baby started wailing, this flight attendant tried to help as much as she could. This small act of kindness made a big difference to the mother and touched most of the passengers on board. According to the passengers, the baby had been wailing for half an hour when Reyes decided to step in.

“I saw a place where I could help,” said Reyes “I was rocking and singing to him. I was singing lullabies to him.” Reyes has always been maternal, so much so that her nickname among her friends is “Momma Gina”. It was a natural move to take the baby and help it calm down. Reyes has four kids of her own and she has even been a surrogate mother. 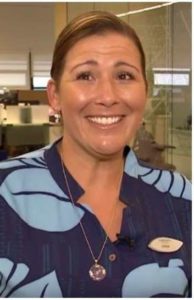 “It’s just that human kindness, you know?” said passenger Rachl Yuen Nih, who took the video of Reyes on her phone, “Someone going beyond just a job description. It was a privilege for me to witness that and I took out my phone and decided I’m just going to get a snippet of it.” Hawaiian Airlines got word of Reyes and gave her a shout-out on their official Twitter account.