Floriane Touitou has always been a smart and hard working woman. As a geophysicist, she studied hard and eventually earned her PhD. But despite all that she was able to accomplish, she never really felt that she was doing something she really loved. But thanks to the opportunities presented on online social media sites, she was able to turn her back on her PhD and do something that she had a real passion for; folding paper. 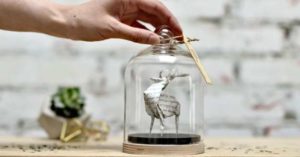 Folding paper, or folding paper art, is also called Origami. Thanks to websites such as Etsy and Instagram, Touitou was able to make her hobby and passion into a sustaining livelihood. Touitou started by creating an Etsy page called Florigami. It’s a play on her name Floriane and Origami. On her site, she creates intricate origami pieces that she sells to her followers. Each piece is a detailed piece of art that sells from anywhere between $90 and $167. 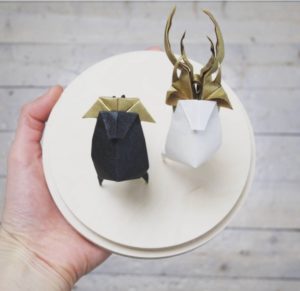 “I was passionate about science and what I was doing, but I was missing contact with people, communication and the fact that I could not see the impact of what I was doing. It was too theoretical,” she said. “I think people like origami so much because of that, and also because there is something magical in the transformation of a 2-D square paper into a 3-D shape. And you don’t even need tools for that â€” just your ten fingers!” In 2014, just two years after earning her PhD, Touitou was able to pursue her Origami shop on Etsy full time.