In Germany, a group of scientists are examining a a groupÂ of mummies to find out more about ancient Egyptians and where they come from. The team said they had studied data from close to 100 mummy specimens from the Abusir el-Malek archaeological site. The buried ground is found 115 kilometers south of Cairo. The study will be the most sophisticated genetic analysis of ancient Egyptians ever done. The DNA that was used was extracted from the teeth and bones of the mummies. 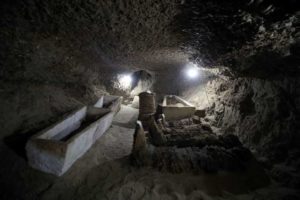 Mummification was used to buryÂ the bodies of the dead in ancient Egypt. This process preserved their bodies and ancient Egyptians believed that this process prepared them for their time in the afterlife. And while the most famous mummies are those of Pharaohs and kings, the mummies found in Abusir el-Malek were of middle class Egyptians. The research found genetic continuity that reaches as far back as the New Kingdom and the Roman Empire era. There was ancestry substantially increasing to sub-Saharan races for unclear reasons. 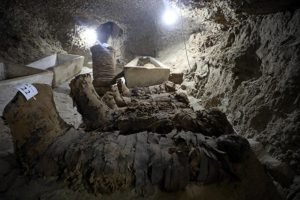 “There has been much discussion about the genetic ancestry of ancient Egyptians,” said archeogeneticist Johannes Krause, “Are modern Egyptians direct descendants of ancient Egyptians? Was there genetic continuity in Egypt through time? Did foreign invaders change the genetic makeup: for example, did Egyptians become more ‘European’ after Alexander the Great conquered Egypt? Ancient DNA can address those questions.” Ancient Egypt was once one of the largest and mightiest civilizations in ancient times. They were among the most advanced cultures during the era, and were capable of amazing architecture and buildings.