Danielle El-Jor had once dreamed of traveling to New York City and auditioning for her favorite show, The Voice. But those dreams were temporarily dashed when she was diagnosed with Hodgkin’s lymphoma. Since then, all she had time for was to rest and try to get better. She didn’t even have time to pursue college. But she was okay with that as long as she was able to overcome her cancer and live a long and full life. 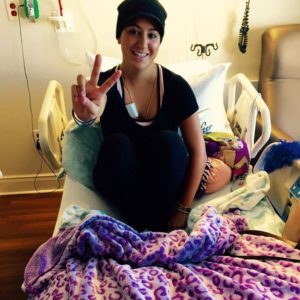 But a piece of her dream came true earlier this week during a concert of country star Garth Brooks. El-Jor’s friend had reached out to a local country music radio station and shared Danielle’s story. The radio station held a contest for tickets to Brooks’ concert, where people could submit the story of a deserving fan. The tickets were given to Danielle and she had a chance to meet and talk to Garth Brooks and his wife, Trish. This is when she shared her dream of one day becoming a singer to the country mega-star. 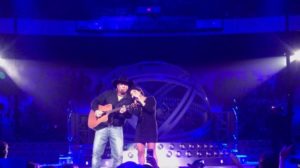 After that conversation, Brooks invited Danielle to his sound check where she was invited to sing. Brooks was so impressed with her voice that he asked her to sing at his concert. They only had time to practice for one song before they performed a duet in front of thousands of people at the Richmond Coliseum. Danielle had remarked on how they had connected on stage with Brooks, and that she could see the dad in him and how he treated her like his very own daughter. Thanks to her exposure, Danielle is optimistic that she will finally get that chance to audition for The Voice.