Earlier this week, France beat out 11 other countries to claim its 4th ice cream championship. The title was won by France at the 2018 Gelato World Cup and food gala in Rimini, Italy. France came in first while Spain came in at second. At third place was Australia. The reigning champion and host country Italy had to sit out the competition. The Gelato World Cup is the 8th edition of the competition, and is held every two years. 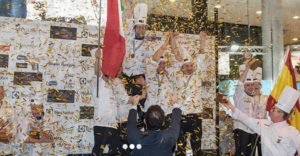 Gelato World Cup rules have always prevented the host cities from participating in the World Cup competition. But the rule has been removed for the 2020 edition, allowing the last two winners, France and Italy, to face off for the first time. Other countries that took part in the ice cream event included Argentina, Brazil, Morocco, Poland, South Korean, Switzerland, Ukraine, and the United States. 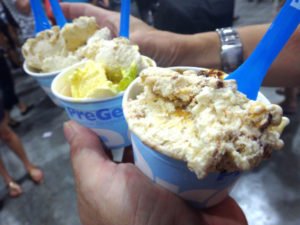 The four-day event was help at the SIGEP International trade show and included events for artisan ice cream, pastry, bakery, and coffee. Each team is made up of master ice cream makers who showcase their skills in this international event. The Italian culture minister Dario Fenceschini was at the event and announced that he would pursue adding Gelato for United Nations’ cultural body UNESCO’s intangible heritage list in December.

Gelato is the Italian version of ice cream. It is made with more milk and cream and has generally less fat than traditional ice cream ingredients. The official name of the Gelato World Cup is the Coppa del Mondo della Gelateria.