In Georgia, a dedicated doctor will not let weather conditions stop him from getting to his patients. This is especially because his patients are little children. Dr. Dean McKenzie is the chief of cardiothoracic surgery at the Children’s Hospital of Atlanta. Doctor McKenzie walks every day in roads full of snow and ice. He walks approximately a mile through this rough terrain just so he could see his patients. 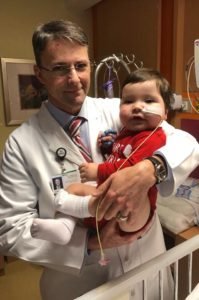 “When I heard that he walked, I immediately was like, ‘Of course he did,’” said Laura Beckwith. Beckwith’s son is one of McKenzie’s patients. “It exemplifies the type of person he is.” The past weeks there have been highly unusually snowfall in the region, which have made some cities in the state hard navigate through. Because of the snow and ice, several local schools and offices were shut down. But the hospitals were kept open. 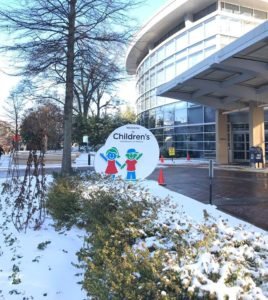 Laura’s son, Madden Beckwith has congenital heart disease and Dr. McKenzie was the surgeon that performed open heart surgery on the boy back in December. Beckwith said that she with the doctor and something about him made her choose him as their physician.

“Something about his presence made us trust him with our son’s life,” Beckwith said. “When everyone else is calling out, he walked to work. It spoke volumes about his character.” After learning of Dr. McKenzie’s daily trek, Beckwith posted a picture of the doctor and her son along with the story of this dedicated physician.