A recent wedding in Tustin, California extended the tradition of wearing a family heirloom wedding dress that goes all the way back to the 1930’s. The gown has been passed down from generation to generation, and four women from the same family have each worn the gown to their own weddings, with the most recent coming just this September. 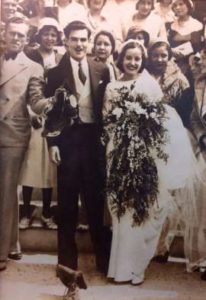 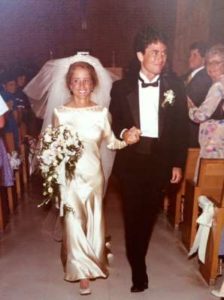 “It was such a connection to my grandmother, with whom I was very close,” Marta said of Moreno, who passed away in 2009. “She was also my godmother and she lived around the corner from me so I saw her all the time. And she lived to be 98. So my kids grew up knowing their great-grandmother. My grandmother would just be so thrilled to know that one of her great-grandchildren wanted to wear her dress. I think she would be very touched. It fills my heart. It makes me just so happy.” 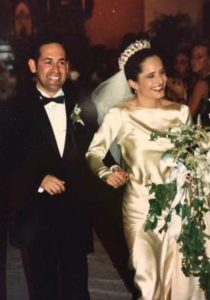 According to Marta, Morena was a talented seamstress who moved to Los Angeles after living most of her life in Mexico. She saw a wedding dress at a department store window and decided to recreate it by hand for her own wedding. Since then, the gorgeous gown has been passed on to each generation of the family. The next generation has already made reservations with Marta’s teenage nieces already calling dibs on the dress for their own weddings in the future. 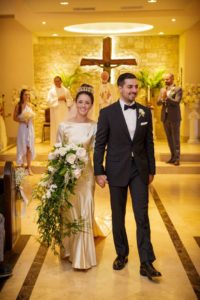