The former Mayor of Lansing David Hollister thought that being diagnosed with Parkinson’s disease would be a death sentence. But ironically it has given him a reason to live and has pushed him to do even more for his state and city. Hollister was the former mayor of Lansing, but has also served in the state legislature, the school district, and even local community organizations. He has been doing this to 50 years. 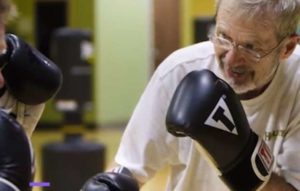 The 75-year old Hollister’s current plan is to help transition in the next mayor with her or her staff. But he is still willing to continue to help whenever he can. On his free time, he tries his best to fight the disease, literally and figuratively. About once a week, Hollister exercises through boxing. Hollister trains at the Sparrow Michigan Athletic Club in East Lansing. He says that the training helps him maintain strength but it also helps him feel like he’s not a victim. 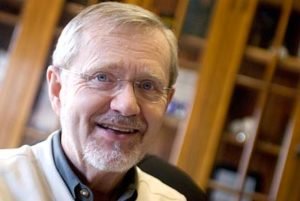 “A lot of people are high ups and they feel like they are down low at this point,” said Kelli Brumbaugh, one of Hollister’s boxing instructors, “It’s a mind game they play with themselves. But when they come here they feel like they can take on any battle.” Brumbaugh also says that his training to minimize the symptoms of the diseases is phenomenal. Hollister’s training includes leg kicks, lunges, punches, wall sits and intense circuit training.